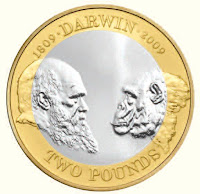 I had the luck of watching a thought-provoking B&W movie “Inherit the Wind”. And what a story it was!

Young Bert Cates teaches the Darwin’s theory of Evolution to his students of Biology which is against the obscurantist law of Hillsboro which decreed that God created the world as written down in the Bible and that any contrarian thought is heresy and punishable under the law.

But the indomitable Bert persists with his teaching that man evolved from the lower order of animals and his perils start haunting him.

The subsequent court trial scenes hog the limelight in the movie. Though the trial per se was about the battle of creationism vs evolutionism, the more basic issue of an young man’s freedom to think—to make up his own mind—was the thing that was actually on trial. Deeply intertwined in the conflict of ideals and beliefs was the deep human drama of the lovers caught in the crossfire in the fight between Fundamentalism and Freedom of Thought. It brings on to focus the real and perennial conflict between man’s craving for independent thinking and the forces that snatch the right of holding on to one’s belief away from him.

And the lovers are at the crossroads – should the man capitulate and abandon his right to be different for the sake of a peaceful domestic life and lead the life of a robotic sheep (a la a memetic clone), or to stand up and fight!

It’s the loneliest feeling in the world. It’s like Walking down an empty street, listening to the sound of your own footsteps.
..But all you have to do is knock on any door and say, “If you let me in, I’ll live the way you want me to live, and I’ll think the way you want me to think,” and all the blinds will go up and all the doors will open, and you’ll never be lonely, ever again.

And here is the scene that cuts and dries the resolve of the crusader (sic) of free thinking!

"Inherit The Wind" the loneliest feeling in the world...

There’s nothing wrong with you that reincarnation won’t cure.