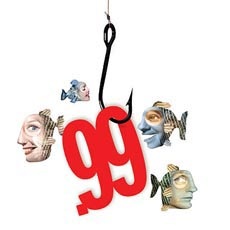 Any shopper who is buying a thing for $49.99 is fully conscious that he is in effect paying $50, right?

Wrong, according to a psychological pricing theory. Research has conclusively proved that people would grab something if the price tag shows “$9.99”, but not if it is $10! And that explains why so many goods and services have prices ending in .99!

Shoppers are particularly susceptible to the kind of offers cited above, which are known in the trade as “9-ending” or “just below” prices. They tend to perceive such “odd prices” as being significantly lower than they actually are, tending to round to the next lowest monetary unit. Thus, prices such as $1.99 is associated with spending $1 rather than $2. It is strange that even consumers who are very savvy and perfectly rational fall prey to such psychological gimmicks! 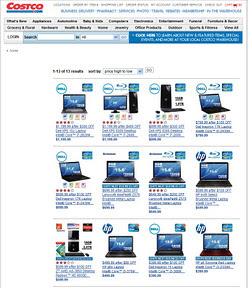 The Indian economist and academic, Kaushik Basu, who is presently the Chief Economist of the World Bank employed game theory and divined that even rational consumers start processing the price perception from left to right and tend to mentally ignore the numbers they see on the decimal places as insignificant. This phenomenon is exploited by vendors by charging the largest possible last 2 digits or the “cent component” (99¢) without significantly affecting the perceived price of the goods by the shoppers! Researchers have termed this as “Left Digit Effect”.

Such a perceived lower price, which is only an illusion actually drives greater demand than if priced with solid full numbers on the left denomination!

A real-life experiment was conducted by Rutgers University in US with a sample size of about 90,000 customers and women’s clothing catalogs.

The 99-cent catalog significantly outperformed the .00 one, recording 8 percent higher sales even though the average price decrease was only three-hundredths of a percent.

It is actually an information-processing reduction phenomenon, providing a false indication that the sale is a deal, which is not to be!

The teasing .99 gambit is not confined to everyday things like apparels, toiletries, stationery etc., but are applied even to such high price items like computers!

Though such enticingly marked-up pricing is a norm in many shops, it is significantly employed during holiday cut-price sale season.

In India, such prices are termed as “Bata” prices, since price of footwear sold by Bata India Ltd normally end with the number “99”.

But some upscale retailers shun such pricing practices holding the view that it is cheap tactics to game the psychology of the consumers and is a wee bit unethical!

It is a strange fact that people have a tendency to make such irrational purchasing decisions, which is gainfully exploited by sellers. You can’t fault them for your susceptibilities, can you!?

What doesn”t kill me makes me pissed off, but also a lot stronger.

Don't be trapped by dogma - which is living with the results of other people's thinking.
~ Steve Jobs